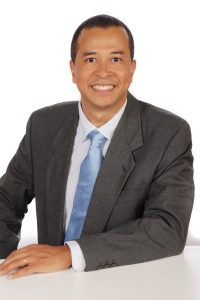 José has been based in Singapore for over ten years where he has worked with a number of organizations and executives. He has lived in Brazil, U.S.A., Germany, Switzerland and Belgium and has traveled extensively worldwide. As an executive coach, José’s experience comes from working with clients from a variety of industries including Financial, Pharmaceutical, Telecommunications, IT, Service Providers, Oil/Gas and Government organizations. He has delivered programs and worked with executives in South America, U.S.A., throughout Europe, Asia and Africa. He is fluent in English, Portuguese and French.

With a keen interest in Arts and Dance, earlier in his career José delivered workshops in Brazil and Europe in Body Expression and Movement. He worked with professionals in order to increase their awareness and better connect with their inner self through the use of movement, voice and expression. He helps individuals enhance their understanding of the impact of their leadership presence and image through their body language. Currently he is cultivating that interest again by taking part in Social Presencing Theater workshops. Social Presencing Theater (SPT) is a methodology, developed for understanding current reality and exploring emerging future possibilities. It is not “theater" in the conventional sense, but uses simple body postures and movements to dissolve limiting concepts, to communicate directly, to access intuition, and to make visible both current realities, and the deeper (often invisible) leverage points for creating profound change.

His Education and Qualifications

As coaching supervisor, he partners with Executive coaches in order to reflect on their coaching practice, support their professional development thus producing a bigger impact on the people and organizations they work with.

He believes that awareness of your own inner mental models will help you recognize and leverage differences when working with diverse people and teams. He also believes that connecting with your inner voices or “inner tunes” is a key step for increased leadership effectiveness. When working with coachees and supervisees, he has received feedback that his key strength is about creating a safe environment where people feel comfortable to challenge their mental models and stretch themselves.

He sees himself demonstrating the ability to strike a balance between being thoughtful and giving, while still being patiently persistent in holding people accountable.

Register to a individual supervision session with José?

Register now!
by José Ferreira-Filho
"What I expect from you, as a Coach…"
At the ACSM online week "All about growing You, as a Coach", José provides us with insights on dynamic contracting.
Watch the webinar!